What do Simon Amstell, Amanda Drew and Dan Gillespie Sells have in common?

What do Simon Amstell, Amanda Drew and Dan Gillespie Sells have in common? 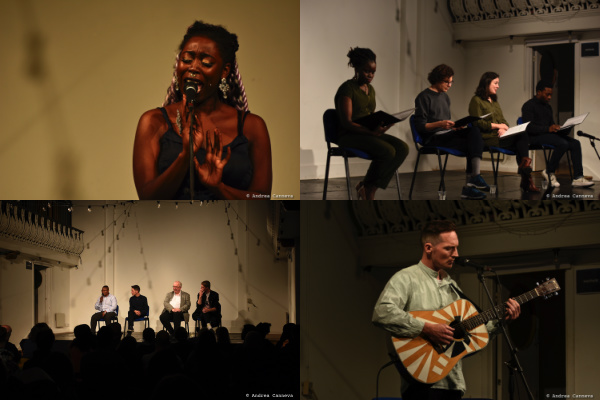 They all starred in the launch of our new script, This is Who I Am, on October 10 at the lovely new venue SLAM in Kings Cross. The script is made up of accounts from LGBTQI+ people who have sought asylum in the UK. The event also featured Sadie Sinner, Fisayo Akinde and Margaret Nankabirwa who read her own testimony. After the show, we had speakers from African Rainbow Family, First Wednesday and Lesbians and Gays Support the Migrants. Special thanks to the Dischma Trust for funding the project. The script is now available upon request so please help us spread the word.

With Teatro Vivo, we popped up all over London with #ArmingtheWorld during the week the largest arms fair in the world was in town. More than 2000 people saw the show over 5 days. Here’s what one punter said: 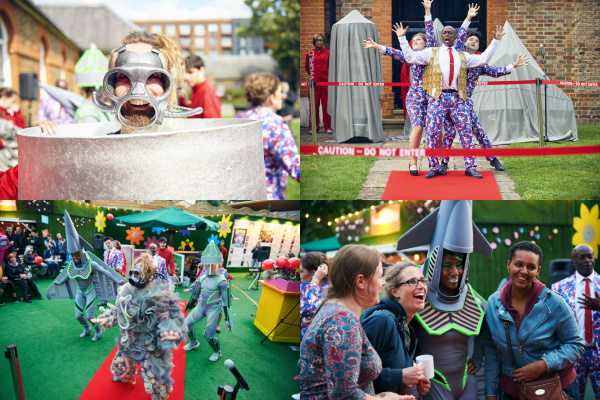 An absolutely brilliant, rip-roaring, joyous musical celebration of our peculiarly British way of providing weapons to our friends, enemies and sworn human rights abusers, whilst lining the pockets of a tax avoiding off shore company with the tax payer’s hard earned money. Really shouldn’t be fun (if only for the subject alone)… And yet really is! Educational too. What a hoot; even my six and three year old were thoroughly entertained! And who can resist a selfie with some tear gas?!

We will be giving the show another outing in Coventry on Novemeber 11. Give us a shout if you think we can help you (wink wink, nudge nudge) rally support for the British arms trade. More info at www.armingtheworld.co.uk 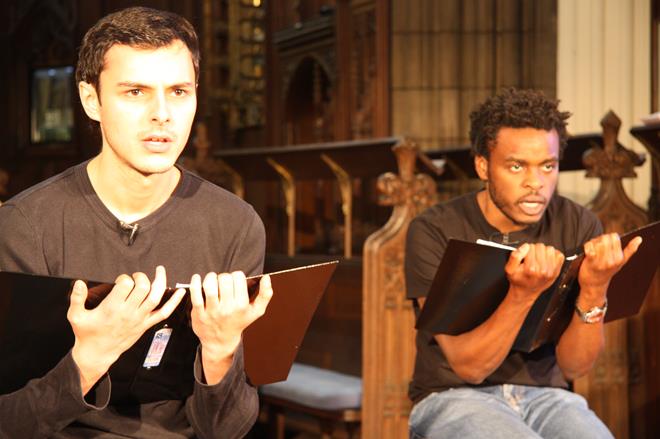 24th October 7pm-8:30pm at the Idea Store in Whitechapel.

As part of Black History Month, we’ve teamed up with Tower Hamlets and Hit The Ground to present a free evening of stories, creative responses and discussion.

It’s no coincidence that most of our testimonies have come from people of colour. Presenting Asylum Monologues as part of Black History month enables us to see connections between the colonial legacies and the challenges we face today.

The night will open with three actors presenting a rehearsed reading of the script, followed by creative responses from invited artists, closing with a discussion featuring representatives of local charities and activist groups.

Would you like to work with us? We’re looking for a General Manager to join the team for one day a week in our cosy co-working space in Bethnal Green. If you’re interested in providing administrative and financial support, as well as supporting our trustees and artistic team (see smiley pictures of some of us above), then we’d love to hear from you. Applications close October 25. For further details please email us at [email protected]

Alongside the events listed in our upcoming shows section (on the right), we’re also developing a new production with Dr Sarah Fine at King’s College London and will be releasing the first episode of our monthly podcast series (supported by Trust for London) in November. More from us soon – but stay in the loop by following us on Twitter, Facebook and Instagram