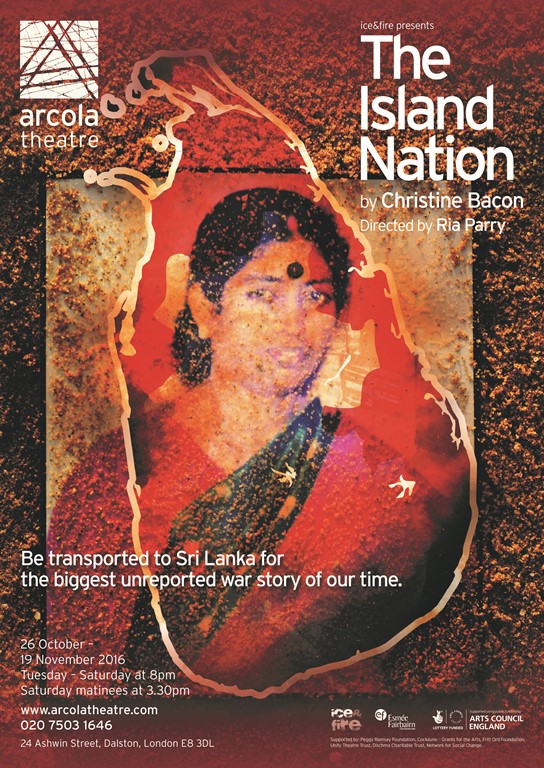 Tickets are now on sale for the WORLD PREMIERE of The Island Nation, written by Christine Bacon & directed by Ria Parry, part of the Arcola Theatre’s winter season, October 26th – November 19th

‘The world does not care. The world doesn’t even know. There are European tourists sipping cocktails right now on the beaches in the south, who have no idea what’s happening in the north.’

Sri Lanka, 2009. A 26-year civil war between the government and the Tamil Tigers is coming to an end. The UN, the media and all other independent witnesses are barred from entering the war zone. What happens thereafter is one of the biggest unreported war stories of this century.

We recently announced two post-show events. On 31 October Ria Parry and Christine Bacon will be in conversation about the Director/Writer relationship when rehearsing new writing. On 3 November, Dr. Suthaharan Nadarajah will chair a discussion between Frances Harrison, author of Still Counting the Dead and Ann Hannah from Freedom from Torture about the legacy of the events depicted in the play.  Click here for further information.

Christine Bacon sat down with The Sri Lanka Campaign recently to talk to them about her motivations behind writing the play. You can read the interview here.

HUGE thanks to our friends and supporters who have contributed to our crowd funder campaign so far. We are halfway there and still need your help to get to the finish line.

The Island Nation in rehearsal & in the press…. 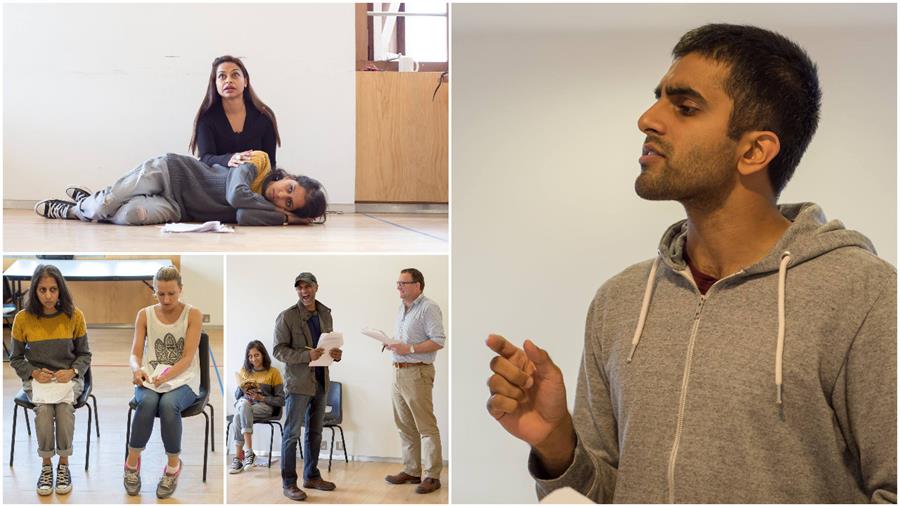 The third week of rehearsal is about to kick off with our amazing cast and creative team led by director Ria Parry. We welcomed IBC TV into rehearsal for an interview this week and more TV and radio coverage is planned for next week. Keep an eye on Twitter and Facebook for the latest news and updates.

The Hotel Cerise  – Theatre Royal Stratford East – 20 Oct – 12 Nov
Michigan, USA. 2016.
As America’s first black president ends his eight years in office – Anita Mountjoy risks losing her family’s beloved hotel and cherry orchard, where Martin Luther King rested and Miles Davis played.  Are the family keepers of this proud history, or simply trapped by its ghosts?  Can ‘the audacity of hope’ survive?
Bonnie Greer’s new play is set in and around the Hotel Cerise – a famous retreat for middle class black people during the time of segregation. It’s a landmark and symbol – a place where Black America once felt welcome and safe…

A site-specific ghost story staged in homes across South London
In their most intimate show yet, Teatro Vivo invite you to a house viewing with a difference
Inspired by the latest discoveries in gravitational wave technology, The Residents will encourage you to consider who came before and what you might leave after you have gone.

Produced by Teatro Vivo in association with the Albany

Muhammad Ali and Me – The Albany & On Tour

By Mojisola Adebayo and the Ali Collective

Muhammad Ali and Me is the critically acclaimed coming-of-age story of a young black girl growing up in foster care and her fantastical friendship with the legendary, Muhammad Ali.

After a sell out run in 2008, Muhammad Ali & Me makes its long awaited return and once again this powerful production is packing more than a punch.